BHQ Player of Round Fourteen

Pick your three best players from Saturday's match against Canberra Raiders and discuss below. You can change your mind until the poll closes on Monday afternoon.

Who to pick... such a massive performance to come through and get the win... I thought they were fucked.

To me Flegs was MOTM, but so many others deserve points

- TC was huge on the edge... so much of our attack came through him... he was playing like Olakau'atu out there
- Billy to play out the first 40mins when it was insane speed and get us through and to then come on and manage us through the back
- Patty to play a massive game on Wednesday and back up with another huge game
- Ezra being a huge attacking spark on the back of Reyno
- Te Maire being a calm influence and defusing everything
- Oates relentless with his hit ups and getting us forward
- Herbie was huge before he got injured

And so many more... can't think of a bad player tonight

But I could really give it to about 15 of them tonight.

I went Walters, Carrigan and Martin, but it could have been anybody really. So proud of the boys.

Oates, Flegler and Carrigan. But everyone was great.

I picked Patty, Tom and Te Maire, but honestly everyone was sensational. We have incredible depth.

Carrigan, Walters and Mam. They were the three men that ultimately decided it. Martin and Flegler really unlucky to miss out.

I went mam, flegs and Walters. How fucking good was flegler? There was that one set where he did 3 runs which were pretty much 3 line breaks, insane.

How good is not only having a huge choice for top 3 players..but also having none of them be Payne Haas.

I love it when the decision for a top 3 is tough ... Because of how well everyone player rather than it being because everyone sucked.

honourable mentions: everyone else

Its so difficult this round. I keep changing my mind.

Mam's defence was excellent. He and Reynolds will be sensational

Haas went from a certain pick in the top 3 every week, to not getting picked at all, i wonder what happened?

Ezra is our 6 now. Any arguments? 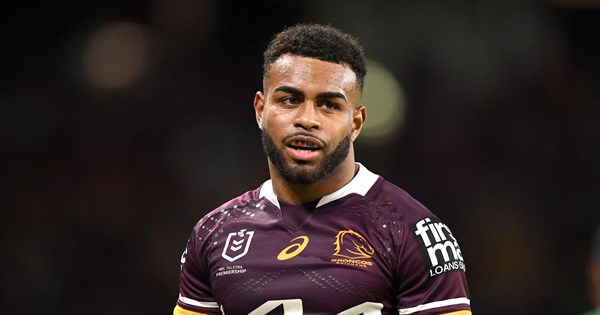 Ezra on the edge

Ezra Mam hasn't skipped a beat since his NRL debut

McHunt said:
Ezra is our 6 now. Any arguments?

Ezra on the edge

Ezra Mam hasn't skipped a beat since his NRL debut

Total: 21 (members: 6, guests: 15)
Robots: 99
Top
AdBlock Message
Please consider adding BHQ to your Adblock Whitelist. We do our best to make sure it doesn't affect your experience on the website, and the funds help us pay server and software costs.