Electric fullback and playmaker Reece Walsh is coming home to the Brisbane Broncos. The 19-year-old has signed a three-year contract that will see him return to the Broncos for the 2023 season until at least the end of 2025. Queenslander Walsh is one of the NRL's most exciting emerging talents, having been on the cusp of making his Maroons State Of Origin debut last year before injury robbed him of the chance.

His continued strong form also saw him called up for this year's extended Queensland squad - Walsh's NRL career now standing at 30 games since making his debut in Round 7 last season. In those 30 appearances, he has racked up 10 tries, 19 try assists and 21 line breaks while averaging 129 running metres and 125 kicking metres per game. He's also slotted 58 goals at 76 per cent accuracy.


Walsh's commitment to the Broncos represents a homecoming with the backline gun having first joined the Broncos Academy as a 13-year-old and then signed his first contract with the club two years later before going on to round out his high school years by representing the Australian Schoolboys. In 2019, he won selection in the Queensland Under 18s and also spent the season training with the Broncos NRL squad - before announcing himself with a standout performance in his first game of senior footy for the Broncos in their opening trial of the 2020 season against Wynnum.


Walsh now joins a host of other young products of the Broncos’ elite pathways to commit long-term to the club including Selwyn Cobbo, Ezra Mam, TC Robati, Cory Paix, Kobe Hetherington, Jordan Riki, Xavier Willison, Deine Mariner and Blake Mozer. Broncos Coach Kevin Walters said: "Reece's return is great news for everyone at the Broncos and for all our supporters and members - we'll get him back home next year.


"He's a terrific young footballer and someone who has always belonged in Brisbane so it's fantastic that he is coming back to where he belongs.

"Reece came through the Broncos system from a young age and the club has always considered him to be one of our most promising talents. "He returns to us with some great NRL experience under his belt and rejoins the club at a time when we are forging something special. "A number of other emerging players who've come through the Broncos system have also committed long-term to the club in recent times and it's great that Reece has chosen to do the same." 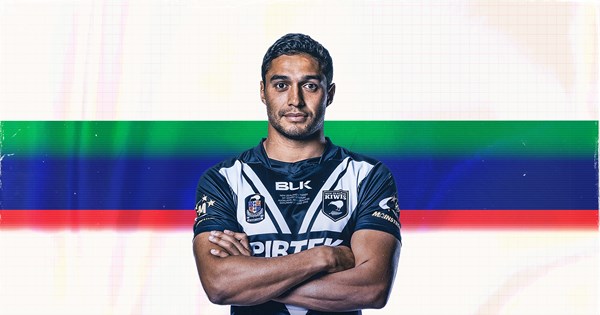 TMM leaves at the end of the year to take a 3 year deal with the Warriors.

Corey Oates extends for 1 year taking him until the end of 2023.

Talented playmaker Jock Madden has committed to the Brisbane Broncos until the end of 2024.

The 22-year-old who played 14 NRL games in 2022 has signed a two-year contract with the Broncos and will provide excellent depth in the halves heading into to the 2023 season.

Madden, a five-eighth and halfback, captained the 2018 Australian Schoolboys team before linking with the Wests Tigers the following year and making a winning NRL debut in 2021 Magic Round at Suncorp Stadium.

He tasted more success at Suncorp Stadium this year when playing a breakout role as the Tigers upset the home team in Round 20, starting at halfback and scoring a try, creating two line breaks and having a hand in multiple tries with his passing, step and deft kicking game.

Broncos Coach Kev Walters said: “Jock is a great signing for our NRL squad, he is a talented young player who has some NRL experience and knows what it takes to train and play at the top level.

“He’s a good developing half with plenty of skill and vision in his passing, running and kicking games and gives us some really nice depth in the halves, and we saw some of that on display at Suncorp earlier this season. “We are looking forward to Jock joining us for preseason in November as we build into a big 2023.”

Hoeter Extends With Broncos Until 2024​

Robust outside back Delouise Hoeter has sealed a two-year contract extension with the Brisbane Broncos to the end of the 2024 season.

The hard-running 28-year-old was one of the good news stories of 2022 as he ended a 2475-day absence from the NRL to make his first grade comeback and go on to play seven strong games for the Broncos across the season.

Hoeter, who made his NRL debut for the West Tigers in 2015, disappeared from the top level until a standout 2021 for Broncos Affiliate Wynnum Manly Seagulls in the Hostplus Cup saw him join the Broncos on a train & replacement contract at the start of the season before being upgraded to a Top 30 NRL contract.

The trainee teacher was then called-up for the Broncos’ Round 6 clash with the Panthers in Penrith, going on to score four tries in seven NRL games across 2022 as well as running for 118 metres per game and making 14 tackle busts and seven line breaks.

Broncos Coach Kevin Walters said, “Delouise is a great example of what having a never-give-up attitude can produce. He has done really well this year whenever he was called upon to step up and do a job for us.

His attitude around the club is outstanding and he is exactly the kind of player and person that we want at the Broncos. Kevin Walters Head Coach
Click to expand...

"It’s great news for the club that he will be with us for another two seasons.”

Total: 8 (members: 2, guests: 6)
Robots: 65
Top
AdBlock Message
Please consider adding BHQ to your Adblock Whitelist. We do our best to make sure it doesn't affect your experience on the website, and the funds help us pay server and software costs.