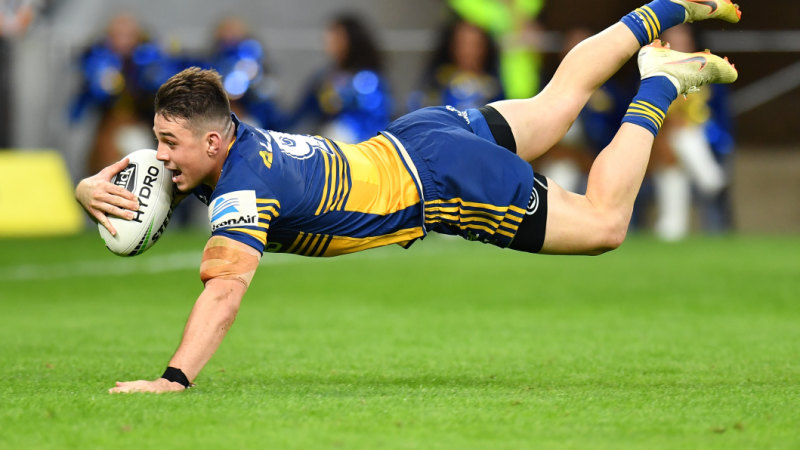 Seems like a bit of a McCullough clone anyway.

I hate those Brisbane born Broncos haters. Such douches.

TBH the Broncos had a lot of people in Brisbane and Queensland who were reluctant to follow them or outright hated them, they saw them as the death/killer of the Brisbane Leaguewhich is true to an extent but not as clear cut as made out to be, the bigname players like Lewis and Miles had already decided they were heading south if the QRL wouldn't enter a side in the NSWRL, even without the Broncos the BRL competition was likely to suffer bigtime. The Lewis captaincy saga didn't help things either, with many getting off the bandwagon and calling for mass sackings. Combine that with the development of superleague and the demise of the South Queensland Crushers.

My father was a Parra fan before he became a Broncos fan, took me to the first Broncos match against Manly in 1988, don't remember much about it but it's what made me a diehard Broncos fan for life.

Sounds like the guy is just bitter the Broncos didn't want him in their development system.
Last edited: Aug 29, 2019

For someone to mouth off about his and his father's hatred of the Broncos they must really feel a burning desire to see us fail. I hope we smash the little prick early and often.

McHunt said:
Glenn's set against the Broncos meant the Mahoney family often spent the start of the weekend cheering for anyone who faced Brisbane in their customary Friday night football slot.
Click to expand... 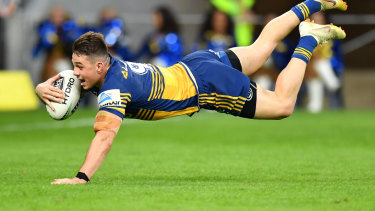 "I didn’t really follow a team (as a child). I just didn’t like the Broncos growing up," Mahoney said. "My old man got in my ear. He hated them. I don’t know why.


He hated them
so I jumped on board​
It was just one of those things so I jumped on board. "He’s a big Parra fan. Ever since I can remember. He definitely hated the Broncos." Glenn's set against the Broncos meant the Mahoney family often spent the start of the weekend cheering for anyone who faced Brisbane in their customary Friday night football slot. 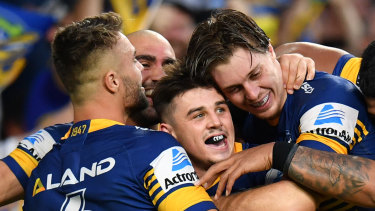 Reed Mahoney has been a revelation for the Eels this season.Credit:AAP

But it also caused plenty of heartache, given the Broncos' dominance during the first Wayne Bennett era. "I definitely would be tipping against them the whole time," Mahoney said. "Every time we (played) the Broncos it was screaming at the TV and because they’d always win, I don’t think he liked that, too. He was a bit biased."


screaming at the TV​
The rising Parramatta star has also been driven by Brisbane's lack of interest in his football as a teen. One of Mahoney's friends was invited to join the Broncos' famous academy as a 15-year-old but he never even received as much as a phone call from Brisbane before he was approached by the Bulldogs one year later. "I didn’t actually support the Broncos but I always wanted to be part of the development system there," he said. "None of the Queensland teams wanted a bar of me. So, here I am in Sydney. "I think I was about 15 when (his friend) was in the development (squad). 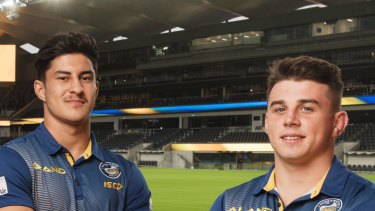 It did annoy me​
"It did annoy me at the start because we were always making the same teams but it’s just how it is. Life goes on."
Since moving from Canterbury to Parramatta, Mahoney hasn't looked back. He is now one of the NRL's hottest hooker prospects, touted as a Queensland Origin player in-waiting.


we weren’t hugging each other​
His aggression on-field this season has turned heads, given his size. Mahoney puts that down to his older brothers. "If we weren’t hugging each other, we were punching on," he said. "We’ve had our fair share at home but I’ve learnt to stand up for myself no matter how big or small they are. That’s just how I was taught growing up." Eels coach Brad Arthur has managed the 21-year-old's workload through the back half of the year but he is now hopeful of playing 80 minutes every week with finals just a fortnight away. "I feel really good," Mahoney said. "The last few weeks Brad has taken me off and I’ve been playing 65 minutes. "At first, I wanted to play 80 minutes but it’s what’s best for me and for the team at the time. "A bit of a break is what I needed and I have to return the favour now by putting in a big, 80-minute performance this week."

Righto mate no one gives a **** and you have a weird looking head.

These stories are always such a beat up.

Considering the amount of league players in SE QLD and the limited amount of opportunities through the development systems of an NRL club, there is always going be a large influx of players who don’t get given an opportunity right away.

It just makes young players coming through coming across as entitled. Sure be disappointed if you don’t get a gig but if you are good enough, you will get an opportunity with someone. It’s a numbers game, it’s not like the Broncos can give out 10,000 development contracts to appease every single player coming through in the general region.

Another pet peeve is how we constantly hear year after year how we let Slater, Cronk, Smith, Munster and JT slip through our fingers when they were in our backyard. It’s not like these players were all out and out instant superstars at 15 years of age. If they were you would have had all 16 NRL teams make plays at them.

And maybe, just maybe the journey their careers took, dealing with disappointments, having to leave home, work twice as hard to be noticed, etc,
helped build mental resolve and a burning desire to prove people wrong that contributed significantly to the players they eventually became. Whose to say they would have developed into superstars of the game under our regime and having everything handed to them on a platter?

Just Remind yourself why your in Sydney, because your not good enough.

Plenty of Waaaah-mbulances needed for players nowadays talking about being snubbed by Brisbane.

Get over it. You’re a professional footballer. People say there’s no loyalty anymore and that it’s a business, so it shouldn’t matter to you. Particularly while you’re still playing.

Shame Turpin isn’t playing he could have cut him in half and got up smiling little shit have a cry
Last edited: Aug 29, 2019

Most of you are reading far too much into this. He was on the Fox League Life a while talking about this. He was well spoken and not bitter and twisted about it. I rate him and I'm happy theres a bit of competition for a future Qld Hooker.

Haha, yet another Broncos bashing media shitly written up, pathetic story.
fk im getting over these articles.
Is this clown trying to be C.Smith?

Hope the boys see this between now and tomorrow night.

Pfff, some no name Parramatta gypsie, who gives a shit what state he's from. How about we go get into Haas, Lodge or TPJ's ears and ask them which clubs in NSW they hated.
Last edited: Aug 29, 2019

Mustafur said:
Just Remind yourself why YOU'RE in Sydney, because YOU'RE not good enough.
Click to expand...

Fixed it for you.

broncos4life said:
Righto mate no one gives a **** and you have a weird looking head.
Click to expand...

Yeah, is his head set in wide screen?

He’s confused because he has two surnames...