SATIRE Kev was out of time...but now has a bit more

Wolfie said:
From my perspective i always said this side, even last year, were capable of making the 8 if not higher. This year i expected top 6 with a fit Arey.
Click to expand...


From my perspective, the Jedi are evil...wait wrong context, moving on.

Foordy said:
Is it time for a new thread title yet ... or should we wait until we thrash the Titans and head into the bye on the back of 6 straight wins
Click to expand...

Was a good call wasn't it?
J

Please tell me it’s not him.

I think this is his daughter and he’s looking down to try and learn the steps he’s supposed to be doing.

Confirmed Kevie is the most likable coach in the League.

Broncapz said:
Confirmed Kevie is the most likable coach in the League.
Click to expand...


I don't think that was ever in doubt

The frantic bed-wetting in this threat is a great read. In hindsight the fans are hilarious.


you just know he was filled to the eyes with vodka that crazy ****.

love the story of how the US secret service or another org of that ilk found him drunk and walking around DC in his underwear in the early hours of the morning.

[Clinton] relayed how Boris Yeltsin's late-night drinking during a visit to Washington in 1995 nearly created an international incident. The Russian president was staying at Blair House, the government guest quarters. Late at night, Clinton told Branch, Secret Service agents found Yeltsin clad only in his underwear, standing alone on Pennsylvania Avenue and trying to hail a cab. He wanted a pizza, he told them, his words slurring.

The next night, Yeltsin eluded security forces again when he climbed down back stairs to the Blair House basement. A building guard took Yeltsin for a drunken intruder until Russian and U.S. agents arrived on the scene and rescued him.

Manofoneway said:
The frantic bed-wetting in this threat is a great read. In hindsight the fans are hilarious.
Click to expand...


Yes ALL fans are frantic bed wetters. I can barely walk out the door without immediately feeling the urge to pee.

Manofoneway said:
The frantic bed-wetting in this threat is a great read. In hindsight the fans are hilarious.
Click to expand...

In my defense we were losing to the bulldogs after a 4 game losing streak including the Warriors when my faith in Kevie got broke.

Broncapz said:
my faith in Kevie got broke.
Click to expand...


And it goes without saying but your waters too.


She's not the prettiest of things but I guess my son is going to have to take one for the team for a little insight.

MrMoore said:
She's not the prettiest of things but I guess my son is going to have to take one for the team for a little insight.
Click to expand...


“I am so pleased for Kevvie and the season he is having. I remember last year when we played them down here, I went into their sheds to see Kevvie and ‘Box.' We had a big win. They were a bit down and things weren’t going so well, so I’m glad Kevvie has turned it around and has won seven in a row. Kevvie can certainly turn them into a premiership contender. I look at the improvement of their playing group across the board and their young players like Patty Carrigan and Selwyn Cobbo have kicked on."​
​
"A big part of that is Kevvie’s style of coaching and the structures and standards he has brought to the club. It’s actually been a pretty quick turnaround. When you look at where the Broncos were last year to this year, it’s a massive change. I can see Kevvie has changed the culture of the place.”​
​
“The big thing for me is Kevvie is a winner. Whatever he has done in football, wherever he has been, he has won. He won five premierships at the Broncos. He won a premiership at Canberra and I have no doubt he can be a winner as a coach. I was at the Broncos for five years and ‘Alf’ was there in my first year, but when Alf quit and went to England, Kevvie took over and was the heart and soul of the club. He captained Brisbane to the premiership in 2000, so Kevvie has been a main driver of success."​

Jedhead said:
I think this is his daughter and he’s looking down to try and learn the steps he’s supposed to be doing.
Click to expand...

Ava. She's played a couple of games for the Devils. 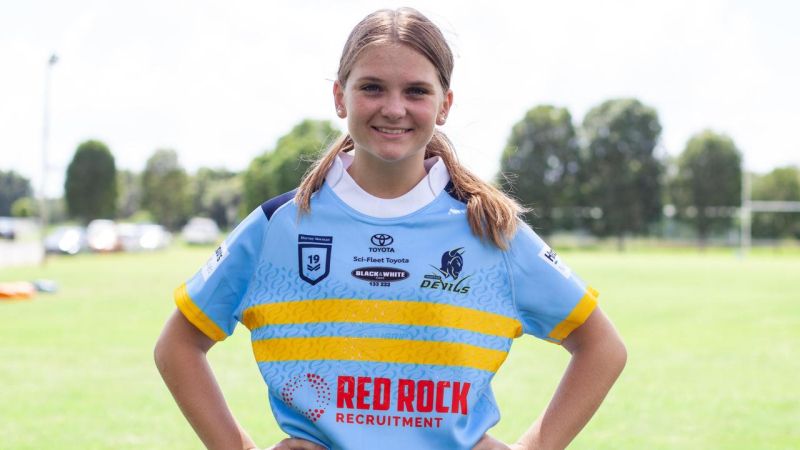 Total: 28 (members: 11, guests: 17)
Robots: 142
Top
AdBlock Message
Please consider adding BHQ to your Adblock Whitelist. We do our best to make sure it doesn't affect your experience on the website, and the funds help us pay server and software costs.