Browny said:
Exactly the NSW government threw money at the NRL and in typical NRL style took the money to play the GF at a shit stadium instead of at Suncorp
Click to expand...

The NRL were just using the money as an excuse to keep the GF in Sydney ... But the fact of the matter is they likely could have gotten the same or more from the QLD government, and also then received the benefit of playing the game out of the best rectangular stadium in Australia, possibly the world.

It’s the NRL, why do any off these sorts of decisions surprise?

For those questioning the sobriety of Brett Finch -

Concerns were raised after Finch was spotted asleep with a blood nose on a flight from Sydney to the Gold Coast on Sunday.

A passenger told us Finch “looked like he couldn’t bring himself to get off the plane. White as a ghost, couldn’t control his runny nose and (appeared) paranoid.

“He wasn’t abusive. He just didn’t want to get off the plane, like he was scared about something.

“The captain came out… they had to call fireys and ambulance to get him off.”

Another source said that the sight of Finch struggling with his breathing was “pretty confronting’’ and “sad”. Several sources confirmed the former State of Origin star checked into a facility to start work on his health.

Concerns were initially raised by viewers about Finch after he appeared highly agitated on the Matty Johns podcast last month.

Finch told people close to him he was suffering from anxiety at the time.

They welcomed their first child, Mackenzie Grace, in May.


Finch has previously talked about how he hit “rock bottom’’ after his retirement from rugby league in 2013.

The former Roosters, Raiders, Eels and Storm halfback said he isolated himself for six months as he dealt with crippling mental demons and the loss of his sporting identity.

“It took a few years, it took three trips to rehab facilities,” Finch told The Matty Johns Podcast. “I learned a lot about myself and the things that I’m dealing with. I had to realise I’m not going to get the highs I had in footy and for so long I was chasing that.”

Finch played in two grand finals for the Roosters but his biggest moment came in the first game of the 2006 Origin series when he kicked the winning field goal after being called into the squad on the eve of the match.

“One day I was a football player, the next day no one cares. It’s over,” Finch said of his rugby league highs. “I struggled to get any satisfaction in life.

“You train to extreme levels, you’re super fit and super strong. I thought I was a mentally tough bloke. I was trying to get some highs in my life.

“Someone I was seeing professionally told me to go down to Bondi Beach and watch the sunrise. So I did that and I thought, ‘Is this is it? Who gives a shit. This is nothing like playing a grand final.”

Drugs or not, **** him off as a commentator anyway. He has this constant hard-on for all things Melbourne that he can't hide. It's like listening to Gould commentate an Origin game, only on hard drugs which makes it 10x worse.

Sounds like he isn’t in a good place, all the bet to him.

Sproj said:
Sounds like he isn’t in a good place, all the bet to him.
Click to expand...

All the best to his poor wife and 5 month old child, too.

Hope he can sort himself out for his sake and his family's sake.

Has always come across a very likeable and genuine bloke to me.

Couple of years ago when I was going to the Star with my mates I saw finchy out the front drunk as and couldn't walk straight, I couldn't believe what I was seeing lol, apprently he is a raging Alcoholic.
Last edited: Oct 27, 2019

Mustafur said:
Couple of years ago when I was going to the Star with my mates I saw finchy out the front drunk as and couldn't walk straight, I couldn't believe what I was seeing lol, apprently he is a raging Alcoholic.
Click to expand...

He's been jokingly referring to his issues over the years, hopefully he sorts it out he seems like a good guy.

Latrell Mitchell and the mystery $250k Mercedes: First sign wheels had fallen off at the Roosters
Roosters insiders first started to have concerns about Latrell Mitchell’s head space when the Kangaroos centre was spotted rocking up to training in a flash new Mercedes S63 Turbo AMG sports car valued at around $250,000.

Looks pretty slick on the inside, too.Source: Supplied
Given the Roosters chairman Nick Politis has amassed part of his $600 million fortune courtesy of the motor vehicle industry, the obvious question was had Uncle Nick helped Latrell find a new set of wheels?
The answer is an unequivocal no. So where had the mystery Mercedes come from then? Mitchell apparently told teammates it belonged to a friend.
Stream the 2019 Oceania Cup Live & On-Demand on KAYO SPORTS. Get your 14 day free trial and start streaming instantly >

Mitchell heading to Cowboys?
0:49
The first sightings of Mitchell driving the S63 Turbo began leading into the finals series in September.
When purchased brand new, the luxury line of Mercedes sports car can retail for as much as $370,000 and has a top speed of 300km/h.
Given all the speculation swirling since May about Latrell testing his value on the open market and wanting a contract worth more than $1 million a season, the Roosters took note.
For a country kid from the NSW north-coast town of Taree, a Mercedes S63 Turbo is one hell of a flash ride.

Looks pretty slick on the inside, too.Source: Supplied
Was Mitchell beginning to listen to too many people around him? Were his values changing? Was he getting swept up in the fast lane of big-city life?
The Roosters began to ask all these sorts of questions as they prepared to make an offer of $800,000-a-season for 2021 and 2022, with Mitchell already under contract for next year.
Had Mitchell accepted the offer, it would have made the Kangaroos star the highest paid centre in the game.
MORE LATRELL NEWS
Cowboys, Tigers ... Knights? Where every club sits in the Latrell Mitchell bidding war
Mundine’s advice for Latrell Mitchell: Roosters ‘aint loyal’, get as much cash as you can
Latrell Mitchell wants to play fullback at the Dogs … but they already have one
Instead, he baulked and wanted more time on the open market.
So the Roosters did the honourable thing by their club and its principles and pulled the offer off the table.
Where Mitchell ends up next is still very much up in the air. But he’s almost certainly played his last game for the back-to-back premiers.

Roosters insiders first started to have concerns about Latrell Mitchell’s head space when the Kangaroos centre was spotted rocking up to training in a flash new Mercedes S63 Turbo AMG sports car valued at around $250,000.
www.foxsports.com.au

And the Roosters propaganda unit gathers a head of steam.

He buys a car he can afford.

I do find it funny how he has been getting his ass kissed by the Sydney media all year but the second he decides he's going to leave the Roosters(which now seems extremely likely) they are trying to paint him as some unhinged twat.

There was a time Fox Sports was a quality news site. 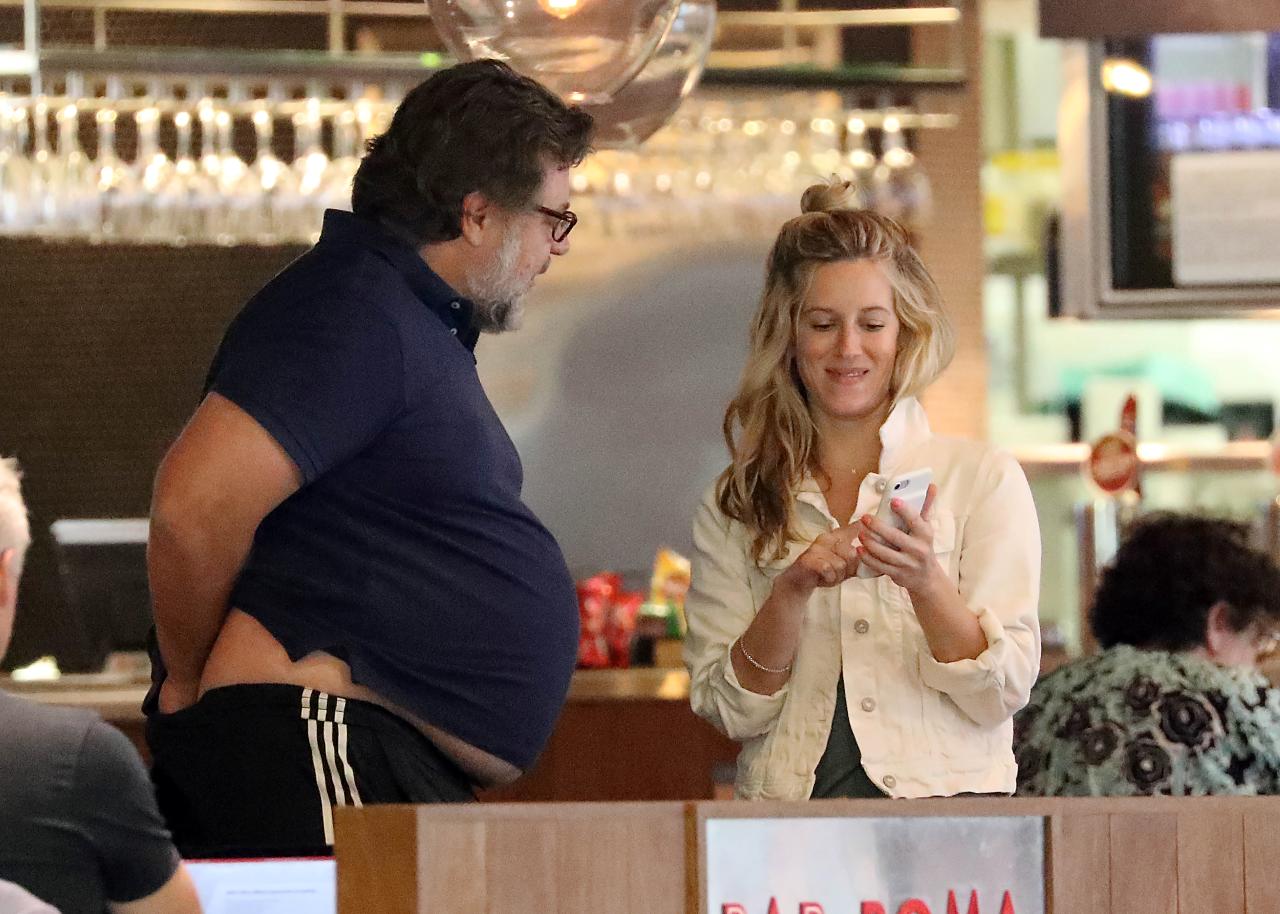 Wow, Rusty must be living his best life.

Fucking hell. I’m no fat shamer but surely he can afford a new shirt.