Allo said:
Titans announce their first five signings, who I believe are their share of the top 30 central contracts Five of the most Influential players in the women’s game will represent the Gold Coast Titans after being named as marquee signings for the 2021 NRLW season. The Titans will join the competition this season, with Tazmin Gray, Karina Brown, Georgia Hale, Brittany Breayley-Nati and Crystal...


Hale is so good, so very good. I have her above Ali at the moment- based on BHP form.
1

Mr Fourex said:
Are the clubs offered any financial incentive.....to get a team together?
Seems this would be a fairer way, rather than to try and force players into a club they don't want to be at.
Click to expand...


No it costs clubs nearly 500k to have a team for a month, it's expensive.

Fair to say that Ali has more ups and downs and Hale is more consistent, but Ali’s highs are better?

Hale was one of few keeping the Warriors competitive The Brisbane Broncos have locked in five of their premiership stars as the club’s marquee signings for the 2021 NRLW season.

Under a marquee and points cap system, players across the game have been allocated into eight different categories.

A player's highest level of representation will be counted to the overall figure only.

The maximum number of points a club can accrue is 130 per squad of 24 players.

Under a marquee and points cap system, players across the game have been allocated into eight different categories.

A player's highest level of representation will be counted to the overall figure only.

The maximum number of points a club can accrue is 130 per squad of 24 players.

Each club will be allowed to sign 22 players whose value totals a maximum of 160 points, with a player worth:

Now I’ve had a decent chance to look, there’s some strange arbitrary point allocation going on

I mean I understand they’re trying to spread players, but a player from Origin 3 years ago shouldn’t be worth more than they were if it were only 2 years ago. Very probable that players have since played a higher points tier game, but it could potentially cost a player a spot in a roster because they played one game 3 years ago and have only played BHP/HN since, yet are worth two-thirds the points of a marquee 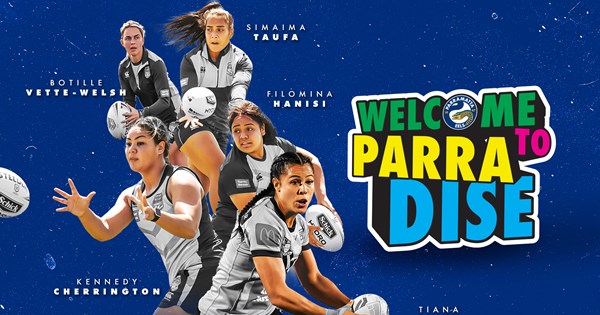 The Parramatta Eels are pleased to announce the Club's five marquee players for the NRL Women's Premiership to be played in August this year.

Newcastle sign Caitlin Johnston as their first marquee. They've had trouble securing them as my next bit shows The Sydney Roosters have today unveiled 18 players who have committed to the Club in lead-up to the fourth season of the NRL Women’s Premiership, which will kick off in August.

Roosters gain Sergis and get Kelly back. Can't wait to smash those hacks

The Broader Game: NRLW games up to 70 minutes to promote fatigue factor​

The NRL Telstra Women's Premiership will expand its regular game time to 70 minutes this season in another step towards building a stronger competition in 2021.

An increase of five additional minutes per half comes after women's Ampol State of Origin jumped from 60 to 70 minutes in 2020.

NRLW teams will go from playing a minimum of 240 minutes in a season to a maximum 490 minutes, excluding potential golden point.

A total of 10 of 42 tries from sides came in the final 15 minutes of matches.

During the 2020 State of Origin match, two tries were scored in the final 10 minutes of play to set up a grandstand finish between NSW and Queensland.

More recently, the Maroons were able to kick a penalty goal with two minutes left on the clock last month in regular time they wouldn't have had in previous years.

The average time in play for both Origin clashes has seen a jump of more than six minutes.

Roosters captain Corban Baxter told The Broader Game the additional time in the NRLW would allow sides to build into a match and take advantage of fatigue.

"I think it's a positive move and something the girls will thrive with, having that extra 10 minutes," Baxter said.

"I think the players have handled the 60 minutes quite well. It feels over before you know it and that's been the feedback from a lot of players.

"When you take into account tries being scored and goals kicked, it takes time away from having the ball in hand.

"It is actually a fair jump, there are a few studies around what that last five minutes of each half can do for a team.

"People want to see more game time and this is going to help a lot."

The change isn't the only one expected for the NRLW this year with an 18th player due to be activated in line with the men's competition for an act of foul play or the failing of three HIAs in a match.

The six-again rules are again not expected to apply in the NRLW with penalties awarded instead.

Jillaroos strength and conditioning coach Simon Buxton said players' workloads had been a priority throughout the year and will be monitored across the NRLW and into the World Cup.

NRLW players in NSW have been exposed to a busier workload in the first half of the season through their local club rugby league competitions compared to players in Queensland and New Zealand.

"This year we forecast how many games an elite player might play in regards to representative and club footy and for some, it's a lot," Buxton said.

"We work with the RLPA in terms of sending correspondence out to the Harvey Norman or BHP clubs to be mindful of workload for some players and potentially rest players at certain times given what's ahead.

"Player burnout is definitely something we're wary of especially coming up to a big second half of the year which will hopefully include internationals and the World Cup." The Broader Game: NRLW games up to 70 minutes to promote fatigue factor

The NRL Telstra Women's Premiership will expand its regular game time to 70 minutes this season in another step towards building a stronger competition in 2021.

Parramatta add Rikeya Horne and Nita Maynard, along with HNP players from Mounties and Wenty The Parramatta Eels are pleased to announce the Club’s newest signings for the NRL Women’s Premiership commencing in August. The Gold Coast Titans have unveiled five big signings ahead of the start of the NRLW season. Destiny Brill, Tiana Raftstrand-Smith, Shannon Mato and Karli Hansen will all wear the Titans jersey in season 2021, while MyPayNow have signed on as Principal Partner for the inaugural NRLW side.

We definitely need some backrowers now

Also Chante Temara joins her sister at the Roosters, so we will definitely need some hooking options even after I’m assuming Gould gets announced
L

If we don't win this year ij demand they re-structure the cap to spread the talent again/tear the winning team apart. Its just not fair, this is Australia, everyone deserves a fair go. So unfair

I’m predicting a Brianna Clark to the Titans signing as well. They’re basically just the blue and yellow Warriors at this rate 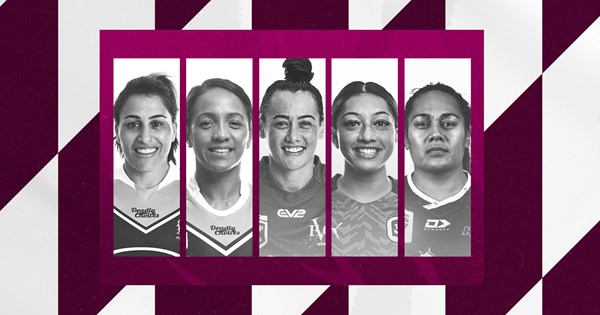 The Brisbane Broncos have added a mix of experienced and emerging NRLW stars as the club’s latest signings for the 2021 NRLW season. 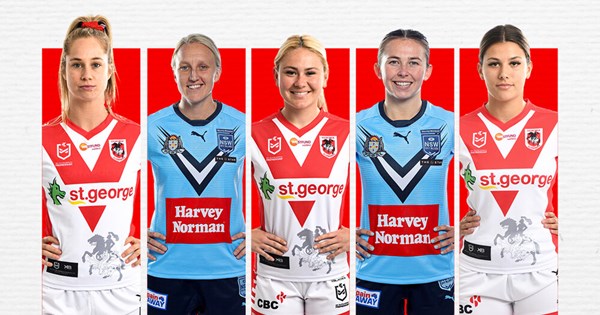 Abdo also has stated they may revise the competition depending on the covid situation in NSW. They’ll know more next week.

... and 19 more.
Total: 66 (members: 39, guests: 27)
Robots: 154
Top
AdBlock Message
Please consider adding BHQ to your Adblock Whitelist. We do our best to make sure it doesn't affect your experience on the website, and the funds help us pay server and software costs.