-NEWS- Boyd: We deserved to be booed off

But the former Brisbane skipper bristled when the finger was pointed at their under-fire halves Brodie Croft and Anthony Milford on Saturday.

A brutally honest Boyd couldn't hide his embarrassment after the Broncos were jeered off the field when they slumped to a shock 22-0 halftime deficit before succumbing to a fifth straight loss.

"That is the first time I have ever seen a Brisbane side booed off the field at halftime at Suncorp Stadium," ashen-faced former captain Justin Hodges told Fox Sports.

Boyd appeared just as shellshocked by the crowd's reaction after the game.

"That was very frustrating. It hurts but they probably have a right - it was 22-0 at halftime," he said.

"The most disappointing thing was to get booed off at halftime, your own fans are booing you off.

"It was the first crowd we had at Suncorp all year (due to coronavirus).

"All our families were there. To put in a performance like that, it's disappointing." 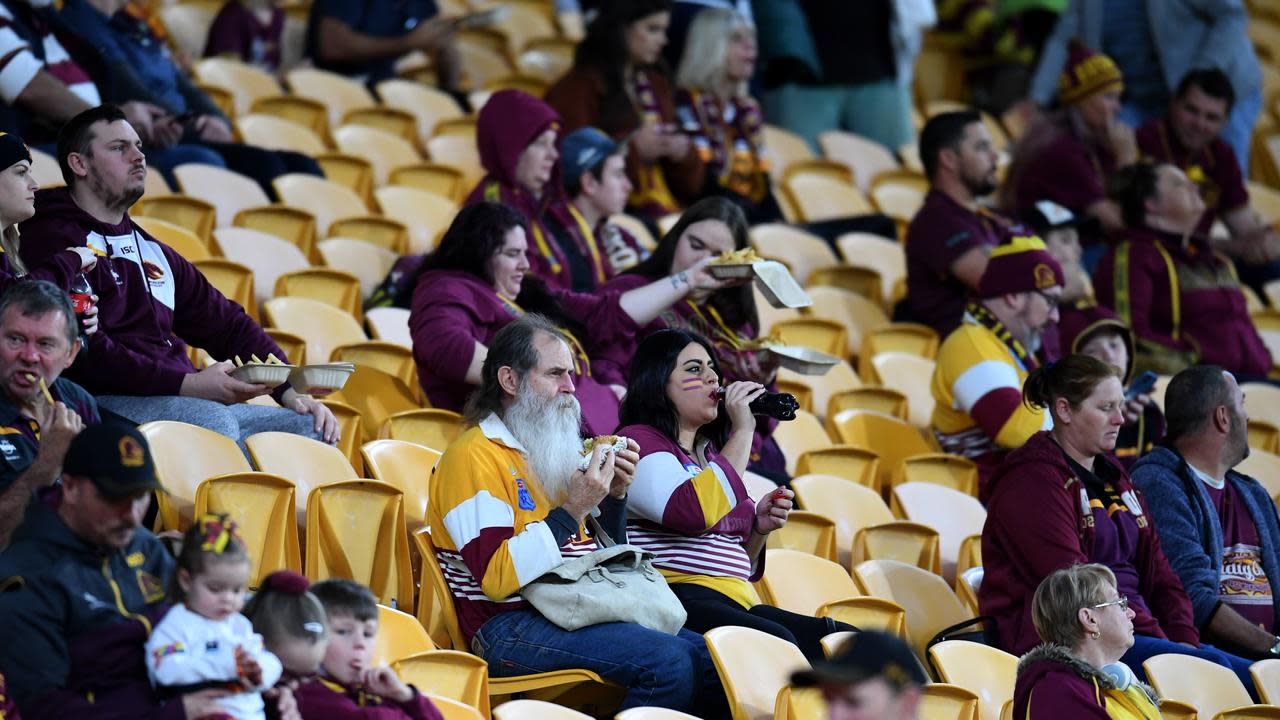 We deserved to be booed off, admits Boyd

Veteran Darius Boyd says Brisbane deserved to be booed by fans before their shock NRL loss to Gold Coast but has defended their under-fire halves.

Yeah we deserved to be booed off but after the game lets just laugh and have a chin wag and look like we dont give a ****.

Not the first time the team has been booed off the field at home, but I can see it as a regular occurance for the remainder of the season.

If things don’t change I can see them getting booed running on!

Nah it was the refs that got booed

I don't like booing you own team, to me it's a sign of lack of class. I can't remember a Broncos effort more deserving of a test of this than what we are seeing at the moment, just incredible. I've supported the Gold Coast teams all the way back to the seagulls, so am used to supporting teams that don't have a lot of success, no problem. The issue is when a team does not try or seem to care, why should the fans care in this case? Baffling situation.

Just jumped on Instagram and there was a post the official broncos page put up last night after the game displaying the score line. I had a quick glance at the comments and the majority were #sackseibold. It’s evident that I don’t think the fans of this club will turn around and support Seibold anytime soon.
The only way I can see change coming at the club is if the fans vote with their pockets.

Yeah I seen that, there’s a heap of them.

guuuuuys,
Last year was about blooding forwards, this year is backs. Give seibs a couple years and we’ll be right back in our wheelhouse of first round finals exits.