-NEWS- Corey Oates reveals how he joined the Broncos by accident

Corey Oates reveals how he joined the Broncos by accident
Corey Oates, The Courier-Mail
15 May 2019

bloody glad he got on that bus

He seems like a pretty smart bloke compared to othe footballers

Foordy said:
Corey Oates reveals how he joined the Broncos by accident
Corey Oates, The Courier-Mail
15 May 2019

For some reason, I’ve always hated catching public transport, but this was one bus ride I’m glad I didn’t miss.

To understand how I ended up at the Broncos, running out against the premiers, the Sydney Roosters, Friday night at Suncorp Stadium, you need to understand my past … and the sliding doors moment that changed my life.

I was 15. I was a product of tiny Baralaba, southwest of Rockhampton, population 314, a proud bush kid as Queensland as cane toads and XXXX.

The school bell rang. Time to go home. I walked out of the gates of St Brendan’s College, a well-known league school in Yeppoon, when a bus driver called Paul pulled up and hopped off.

“Just grab your footy gear and get on the bus,” Paul replied.

Being the obliging type — aside from the school report cards that said I blabbed too much and distracted others, to the point where teachers sat me front and centre of the classroom —

I didn’t argue with Paul and took my seat.

The bus would turn up once a year. This wasn’t a standard government bus ferrying kids to and from school.

It was the Broncos Bus — a mobile development tool of Queensland’s mighty flagship NRL club which helped identify, educate and recruit a truckload of rugby league talent scattered through the state.

I had no idea whether I was meant to be on this bus. But Paul told me to get on, and when I got off, I found myself doing drills and playing a game at a development camp with other Broncos hopefuls.

I must have done all right, because I soon found myself in possession of a Broncos scholarship.

My head was spinning.

Had the Broncos secretly identified me? Was I always part of some succession plan? Should I have even been on that bloody bus?

I will never know for sure, but I’m forever grateful I took the mystery ride which eventually delivered me to Red Hill, a destination I had hoped to reach from earliest footballing years.

From the age of five, I loved sport. I dabbled in a bit of tennis and golf (my grandfather apparently helped design the Baralaba golf course) and I didn’t mind cricket. I once smashed 121 off 62 balls — blocking was not my forte — and I was a decent swing bowler, too.

I used my height to good advantage, but control was an issue. I hit a few too many batsmen in the melon with beam balls and decided it was time to get serious about one sport.

I traded the six-stitcher for a Steeden.

My folks would say my personality is suited to league.

As a kid, I was nuts, lively, always on the go. I remember when I was seven, I went flying off a trampoline like a Russian Olympic gymnast and split my head open. There was blood everywhere. We rushed to the local hospital. The nurses tried to super glue the gash together and one of their gloves ended up getting stuck to my head.

I once broke my arm swinging off an outdoor lounge at a lawn bowls club and my mates and I would leap into the local creek and swim with the current.

Given my love for the outdoors, I wasn’t a huge watcher of rugby league. The most vivid memory I have is of the 2006 grand final between the Broncos and Melbourne. I was 12. Because I was a fullback then, my hero was Darren Lockyer. When the Broncos pulled off an upset and Locky held up the NRL premiership, for a moment, I began to dream.

My transition from school to Red Hill was lightning fast. For four days, I partied on the Gold Coast at schoolies. The next day, I was training with Brisbane’s under-20s and moving into the Broncos development house.

Over the years, you come to appreciate the importance of the Broncos to the Queensland people. The history of the club is massive and it’s just a huge honour to play for them.

I must admit I never expected to get a Broncos contract, but now I’m here, I count myself as one of the lucky ones.

Every time I run onto Suncorp Stadium, I look up into the sea of faces … wondering which kid will be the next to get onto the Broncos Bus.

What was the accident?

Wow, so getting on a bus with strangers turns out to be a good thing. That's why I never played for the Broncos, my parents raised me wrong.
S

He’s a great kid. Match the Sydney offers and make him a one club player.

Tom said:
What was the accident?
Click to expand...

He caught the bus, usually he drops em.
B

Jeez, a bus pulls up like that in the city the kid runs..

Corey Oates to ignore lucrative offers and re-sign with Broncos
Queensland Origin star Corey Oates will sacrifice more than $500,000 by shunning rival NRL offers and inking a new contract worth up to $2.4 million to remain at the Broncos.
The Courier-Mail can reveal Oates has rejected the option to go to the open market and will sign a multi-year extension with the Broncos in a boost for Brisbane ahead of Friday’s blockbuster against the Roosters at Suncorp Stadium.
Broncos powerbrokers and Oates’ management are in advanced stages of negotiations. The Maroons winger will formally ink a three-or-four deal within the month to ensure he remains at Red Hill until at least the end of 2022.

It’s great news as Oates is a hugely popular figure. Image: AAP Image/Glenn Hunt
The off-contract Oates has received significant interest from NRL rivals, with one Sydney-based club discussing an offer worth at least $700,000-a-season.
Brisbane cannot win a bidding war due to salary-cap pressures, but Oates has put loyalty ahead of dollars in his desire to remain with a Broncos club he first joined as a 15-year-old from central Queensland.
Oates’ Broncos upgrade will be worth around $600,000 annually, making the 24-year-old one of the highest-paid wingers in the NRL.
The Broncos’ retention of prop Joe Ofahengaue to a three-year deal and Oates’ imminent signature leaves blockbusting forward Tevita Pangai Jr and Alex Glenn as Brisbane’s two leading off-contract top-liners.
LISTEN! The major issues with young halfbacks, what’s wrong with the Panthers and Wayne Bennett’s big TV idea. Join Matty, Kenty and Brett Finch for the best podcast in the game.
Oates, Suncorp Stadium’s greatest tryscorer with 50 four-pointers at the venue, takes on the Roosters tonight with the comfort of knowing he has long-term security at the Broncos.
“I’m really happy at the Broncos. I’ll be staying here,” Oates told The Courier-Mail.
“My heart is here.
“I understand it’s a business these days and you only have a short career, but I love playing at the Broncos and I won’t be going anywhere.”
Due to a change of management last season, Oates was unable to sign until after the 2018 campaign, forcing his new agent, George Mimis, to broker only a 12-month deal which put the hulking winger back on the open market this year.
But Mimis has told the Broncos Oates has no interest in sourcing rival offers.

Oates doesn’t want to play footy anywhere else. Image: AAP Image/Darren England
Oates’ new Brisbane deal will see him become a 10-year Bronco following his NRL debut in 2013.
Mimis confirmed Oates will extend his career at the Broncos beyond this season.
“Corey has a strong desire to build on his career thus far with the Broncos,” he said.
“To that end, we are hopeful of a new contract in the not too distant future.”
Oates has scored 88 tries from 129 NRL games, including nine from as many matches this season, prompting Broncos coach Anthony Seibold to laud his importance to his back three.
“(Broncos CEO) Paul White has had some fantastic conversations with Corey and his manager, so we’ve got no concerns about Corey leaving,” he said.
“He adds great value not just on the park but off the park as well, he is a fantastic fit for the club, I really enjoy coaching him.
“He has a great character so I don’t want Corey going anywhere else.”
Click to expand...

Didn't Badel, a "journo" for the courier fail, only 24 hours earlier indicate the offers were $750k... are they totally inept or do they just play stupid???

BroncsFan said:
Didn't Badel, a "journo" for the courier fail, only 24 hours earlier indicate the offers were $750k... are they totally inept or do they just play stupid???
Click to expand...

Badel is a germ and will gladly add 2 + 2 together and come up with 5 to benefit his crappy journalism. He’s fast becoming the worst league journalist in the country and unfortunately for Broncos fans his main job is to cover the Broncos and get those clicks on CM website

whykickamoocow said:
Badel is a germ and will gladly add 2 + 2 together and come up with 5 to benefit his crappy journalism. He’s fast becoming the worst league journalist in the country and unfortunately for Broncos fans his main job is to cover the Broncos and get those clicks on CM website
Click to expand...

Fast becoming... Badel has been bottom feeder number 1 since he put pen to paper. 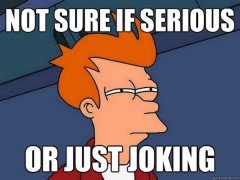 I'd have to assume that he is just joking around.

the lords of rugby league owe us after what happened to JYY....make him a 1 club man.

Of all the wingers how have come through the club, I can defo see him playing second row once his pace starts to desert him...