Although he's returned to training he's been put on a restricted program, and he's lost body mass. Oates thinks he might be dealing with the swelling for the rest of the season.

Should Oates not make the season opener, Xavier Coates looms the possible replacement.

“`X’ is a freak of an athlete, he’s a big boy. He’s working hard for a spot in that first 17. It’s good to see the young fellas going hard. There’s a lot of wingers and outside backs. It’s really healthy for the club at the moment. It’s good to have Oatesy out there, he’s a good fella, he is a big athlete like X. He came back a little bit skinny but I’m sure he’ll put it back on – he’s a big boy."

In other news Scot Czislowski has left the club after more than a decade as football manager, to be replaced by current Welfare manager Adam Walsh.

Plus the Broncs are auctioning off some signed jerseys, boots and backpacks for the BUSHFIRE APPEAL. This includes a pair of Jake Turpin's signed boots, and Jack Bird’s 2017 Auckland Nines jersey.

McHunt said:
In other news Scot Czislowski has left the club after more than a decade as football manager, to be replaced by current Welfare manager Adam Walsh.
Click to expand...

Literally the only thing McCullough does quickly is heal.
1

Will Oates ever get past this staph infection?

The news just never gets better with this kid does it.

Nashy said:
The news just never gets better with this kid does it.
Click to expand... 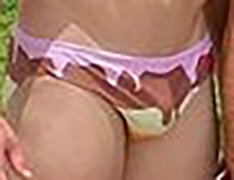 For an origin player, some of his performances last year were diabolical. Got to say he has regressed after becoming a father. One of my favourites but this injury could be a blessing for our young brigade in the waiting.
I hope Farnworth is the one who Seibs picks on that left edge, seems a strong player and will fill the void of kick return meterage judging by his handful of games last year.

PNG Broncos fan88 said:
For an origin player, some of his performances last year were diabolical.
Click to expand...

Still our top tryscorer. Again. Mind you, we did lose two of our centres.

Also overwhelming favourite for top tryscorer this year. From NRL.com 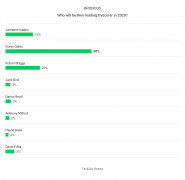