-NEWS- Renouf: Haas only 19 but already best prop since Lazarus

Payne Haas is the best prop I have seen since Glenn Lazarus in the 1990s and I reckon he will dominate for the Broncos up front for the next decade.

It may seem like a big call to make on a 19-year-old but I have seen enough this year to suggest Haas is the real deal. They called Lazarus the "Brick with eyes" for a reason and Haas is a double-sized brick, with eyes only for hard work and dominance of the middle.

He is a big human with all the physical and mental attributes to be Brisbane's on-field ace.

Lazarus was the best front-rower of my era and the best I've seen. He was super competitive, very mobile, bent the line hard, could cover defend and was just tough as nails.

I remember being on the Kangaroo tour with him in 1994 and the Poms, for reasons known only to them, would kick it to Lazarus in the Tests and lead-up matches. He would always seem to have the first hit-up off the kick and each time he hit the line someone would go down.

He was wounding people from the first run. Then he broke someone's jaw with his hips. I looked over and thought "My God, they haven't learnt". He was voted by all of us as the player of that 1994 tour, and for good reason.

Lazarus was a winner. He won five grand finals at three clubs and it would have been six had he not been injured midway through 1997. NSW dominated Origin in the 1990s when he was up front and he was a mainstay of the Test team in that time.

There is only thing I didn't see Lazarus do, which I saw Haas do last week with his 40-metre try against Penrith. Yes, I saw Lazarus break the line like Haas did on plenty of occasions. But I never saw him stand up a fullback and run around him with a body swerve like Haas did to poor old Dylan Edwards. That was amazing. He is obviously deceptively fast. It was like watching Anthony Milford out there.

I believe Haas beat the backs in the time trials in the Broncos pre-season. That is remarkable for a man of his size. I doubt whether we have seen a prop with his mobility.

There is a group of us Broncos who believe we wouldn't have won the 1992 and 1993 grand finals without Lazarus coming up from Canberra. The great thing about Lazarus was his consistency. I'd love to see his metres gained over the course of his career.

No one came close to him and he did it week-in and week-out. Haas has been the Broncos' best player for week after week and eats up more than 200 metres as a matter of course. He hardly misses a tackle and he is almost mistake-free, which is quite remarkable for a teenager.

You'd see breaks made back in the 1990s and nine times out of ten big Laz would be there to clean up. This is where he reminds me again of Haas. Against the Warriors it was Haas who saved Brisbane's bacon with a try-saving tackle on Chanel Harris-Tavita. Last week he was back in the in-goal to defuse two James Maloney grubber kicks. It just shows he can read a game and he is super-competitive. He can play 80 minutes and he competes on every play in that 80 minutes.

When I ran out next to Lazarus I just believed we would win. If I was playing with Haas today, I would feel bullet-proof.

We often talk about building a side around star halves and fullbacks. In the case of the Broncos they can build their sides of the next decade around Haas. The Broncos do need an experienced, representative half in my opinion if they are going to keep playing Milford at fullback. Brisbane recruitment boss Peter Nolan has a great carrot to dangle in front of a great half. To come and play behind a strong young pack led by Haas would be a massive incentive.

Haas's stats don't lie but what you see with your eyes is just incredible. He has a killer instinct about him as well. Between the ears he is way ahead of his years. Lazarus was 22 when he played his first full season for the Raiders in 1988 and Haas is about to do the same as a 19-year-old.

The sky really is the limit for him.

And just after Renouf received shit for stating the obvious.

Pearl with another spicy take.
R 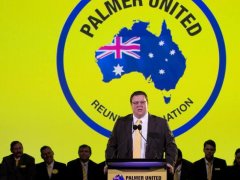 Yep ... would agree with the Pearl. Lazarus had amazing balance, agility and ability to continue running with two-three tacklers hanging on.

Haas has more speed, greater acceleration and a bigger engine - could probably play for 80 minutes.

One wonders if he adds offloads to his repertoire where his game will go.

Remember watching him play at ANZ stadium....he was huge from the grandstand...and that stand wasn't that close to the sideline either...

Haas is great but I hope he doesn’t start reading all the accolades being thrown at him as he might lose some focus.

The Strapper said:
Haas is great but I hope he doesn’t start reading all the accolades being thrown at him as he might lose some focus.
Click to expand...

That is something no one ever needs to worry about.

There isn't a more determined and focused player at our club.

dazzat99 said:
Yep ... would agree with the Pearl. Lazarus had amazing balance, agility and ability to continue running with two-three tacklers hanging on.

Haas has more speed, greater acceleration and a bigger engine - could probably play for 80 minutes.

One wonders if he adds offloads to his repertoire where his game will go.
Click to expand...

There were other great frontrowers who had similar features to Lazo. Steve Price and the less celebrated Paul Rahihi. I'd have to say though that our Haas is well on the way to being the greatest. He'll need a minimum of 5 seasons and some trophies before he can rightfully be given the title because longevity and achievement (milestones and records) are part of it. Being in the top three metre gainers for 3 years straight, things like that.

Ftr, I think he'll do all that.