-NEWS- Seibold: "remember to have fun"

As shareholders brace for an inevitable season cancellation, Coach Anthony Seibold pens this essay of hope and inspiration for fellow Murdoch stablemates, the Courier Mail. 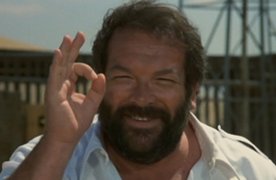 Fun will find a way.

"THE National Rugby League season has plenty in common with workplaces around Australia. You bring together a diverse group of people and you aim to get the best team performance out of them. Rugby league is a difficult sport, so it’s not for everyone. Some young men are motivated by the desire to get out of poverty. Others are driven purely by wanting to reach the highest levels possible."

"Others play because they love competition in the same way they loved it when they first played footy as five-year-olds. The key is to move that diverse group towards a common goal. Our 2020 work gets serious tomorrow night when we open the season against the Cowboys at Townsville’s new stadium. Our players have trained hard since November. They have spent hours on the training field and in the gym."

"But everything that we need to learn to be successful this season doesn’t come from defensive drills or lifting weights. Life has a way of providing lessons when you don’t expect them. When I was a player in the Broncos system in the 1990s, football was still a part-time career for many. I had studied teaching and went straight from university to teach Year 6 at Holy Spirit school Bray Park."

"I was 21 years old and I thought I knew plenty. But I would learn a lot from one of my students. This young man in Year 6 lived with muscular dystrophy. He was in a wheelchair. Every day was a challenge for him. But he was one of the bravest people I have ever known. He enjoyed sitting and watching his classmates in the playground. But he was wary of getting too far into the playground because of the risk of contracting a cold or any condition that could further endanger his health. So, we spent much of that year building up his confidence to be more interactive with his classmates By year’s end he was taking part in activities as much as he could."

"The confidence that he had developed was remarkable. And the sense of pride in watching him grow in confidence impacted all who worked with him. In so many ways, that brave young man taught me a lot more than I could ever teach him. He taught me about real perseverance, the joy of simple things and the importance of being grateful.

That year took me out of my comfort zone and into a crash-course into understanding more about the diverse needs of individuals. The bright, funny Year 6 girl was very different to the boy with muscular dystrophy, yet she also needed help to reach her goals."

"Our 2020 Broncos squad comes from very different backgrounds. One was a school captain at one of Brisbane’s best-known schools. One of our front-rowers came from a central Queensland property and recorded an OP1 at school. Others were not academically gifted yet have showed a high-level of dedication to become elite rugby league players."

"Some come from single-parent families, some from large families, some from middle-class backgrounds and others from very challenging financial situations. But, together, we will work towards our common goals starting with Friday night’s match. We need to borrow from that Year 6 student whom I had the great fortune to learn from. We need to persevere, we need to continually overcome challenges and we need to remember to have fun."

Wow!
Hope he can coach.

I really want to like Seibold as a coach. All of the things he says and how he carries himself would be impressive if he had runs on the board. If he becomes a coach that has enduring success, these kind of articulations will be very insightful.
However if he flops and doesn’t produce results than it all ends up being a little cringe.

This is straight out of Richmond FC. Love it.

Is it possible to un-burn those boats?

God I wish he’d shut the f*ck up and just, for godsakes, coach the goddamn team well.

Jason Simmons said:
God I wish he’d shut the f*ck up and just, for godsakes, coach the goddamn team well.
Click to expand...

You’ve been conditioned by Wayne to be neglected with no insight or communication. Go with it brother Jason ....

Rico said:
You’ve been conditioned by Wayne to be neglected with no insight or communication. Go with it brother Jason ....
Click to expand...

I think it’s the opposite. That mob have been conditioned to talk it up so much, it has become impossible for them to deliver.

All we've had is talk from them in recent years. Some of us just think it’s time they put up, or shut up...