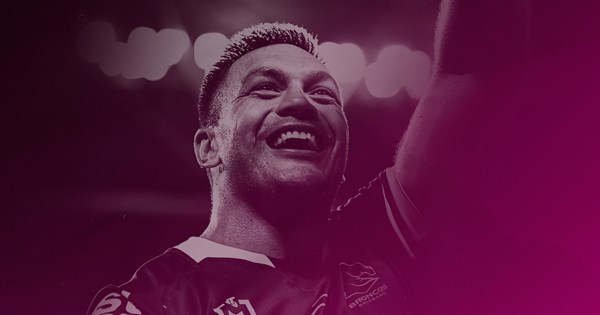 Brisbane Broncos Captain Alex Glenn has announced his retirement from rugby league at the end of the 2021 season.

Brisbane Broncos Captain Alex Glenn has announced his retirement from rugby league at the end of the 2021 season. Glenn has played all his 282 NRL Games for the Broncos over a 13-season career, making him the club’s fourth-most capped player of all time.

Since debuting in 2009, his career as a backrower and centre has netted 59 tries and 17 Finals appearances across NRL and international competition.

The 33-year-old, who told Broncos players and staff of his decision this morning, has been Club Captain for the past two years, having also led the Broncos NYC team to a Grand Final in 2008.

He is a five-time winner of the Club’s Kevin Walters Award for Most Consistent Player, the most of any player in Broncos history. Glenn also played 14 internationals – 12 for New Zealand and two for the Cook Islands, one of those as Captain.

“It was always a dream come true to play for the Broncos, but to finish my career as a one-club player here is beyond anything I could have imagined. There have been plenty of highs and lows but I have never taken for granted how special it is to be able to pull on the Broncos jersey. The Broncos are a family and I feel like I have grown up here and I appreciate every player, coach and staff member that has helped me along that journey."

“My own beautiful family – Jemma and the kids Miller, Gisele and Oakley – are an inspiration to me and make me want to be a better man and father every day. Then there are the members and fans – they are the best in the game and there is no better feeling than playing in front of them at Suncorp Stadium. The Broncos have a bright future ahead, you can see that by the way we have turned things around this year, and I can’t wait to see this team grow and succeed in the years ahead.” 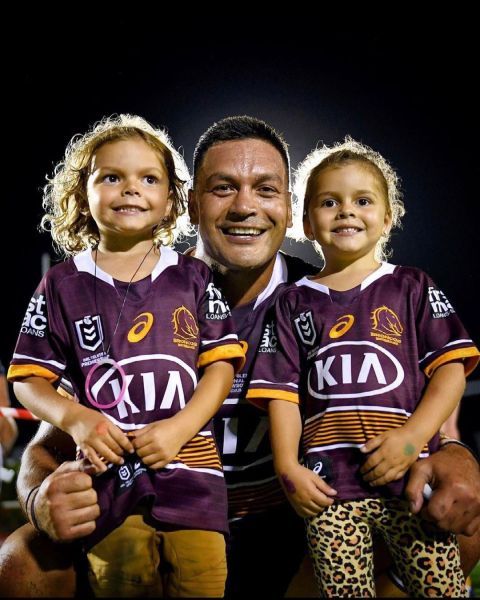 “Lex has played at a very high standard for a long time and led by example on and off the field. To be so consistent week-in, week-out since making his debut in 2009 is an incredible effort. He’s a true clubman and will always be remembered for his pride and passion in the Broncos jersey.”

“It’s fitting that Alex will finish his career as a one-club player with the Broncos. He is a great team person and his consistent hard work over the past 13 years have not only allowed him to stay at the top but also served as a fantastic example to young players coming through. Alex is loved across the entire club and has always been a favourite of our members and fans – I’m sure we’re all looking forward to giving him the send off that he deserves in coming weeks.”

Broncos members and fans packed out an Alex Glenn Testimonial Match against the Cowboys in the pre-season to honour their hero – and there will be another opportunity to pay him tribute at Brisbane’s final home game of the year at Suncorp Stadium on Saturday, September 4, at 3pm.

Look it is good it is happening but he has been really good for the team over a long time, thanks for the memories Alex. You stayed on too long but you retire a club champion deservedly.

The right call. No need to tarnish a reputation as a loyal servant by going on one year too long.

Fozz said:
The right call. No need to tarnish a reputation as a loyal servant by going on one year too long.
Click to expand...


You mean one MORE year too long, surely.

Great club servant who probably knows he has gone a year too long and was never captain material in a struggling team.

I'd say (as mentioned already), he made this decision about a month ago because since then, he has looked a bit more like his old self, seems to have found his enjoyment again.

Been good for us overall. The time is right for him to finish. Nothing but respect for the man.

Sproj said:
I'd say (as mentioned already), he made this decision about a month ago because since then, he has looked a bit more like his old self, seems to have found his enjoyment again.
Click to expand...

Agreed. At half time Kelly was trying to talk to him as they were walking off and he brushed him. Was too busy waving and smiling to his family in the crowd.

I thought then that he must be finishing up.

Sproj said:
You mean one MORE year too long, surely.
Click to expand...

Well....in his defence, so leaving at the end of last year makes you look on him more favourably?

We had a shit year....way too much inexperience....and you think it would have been better for our most experienced guy to quit?

That said, I'm glad its over now. Going around again next year would have definitely tarnished a career that was heading downhill rapidly. .

Lexi was always one of my favourite players. He was a weekly select and forget, and cost the club next to nothing. You always knew exactly what you were going to get from Alex. Seems like a great bloke too.

He remained consistent through out but unfortunately his consistent quality dropped over the last 2 years. I also think he’s a victim of the team around him. He was a cheap reliable bit part player who due to roster mismanagement all of sudden was the most experienced player and closest thing to a leader left at the club. He was then expected to be something that he isn’t and it lead to deeper scrutiny and frustrated fans trying to find blame - myself definitely included.

Although not the finish to his career that he and the fans would’ve wanted, if he hangs up his boots now he can hold his head high. Been a great clubsman and by leaving now he will never quite hit the lows or fan resentment of Boyd and Thaiday.

Mr Fourex said:
Well....in his defence, so leaving at the end of last year makes you look on him more favourably?

We had a shit year....way too much inexperience....and you think it would have been better for our most experienced guy to quit?

That said, I'm glad its over now. Going around again next year would have definitely tarnished a career that was heading downhill rapidly. .
Click to expand...


Yep. I don't think it would have made any difference.

At his best he was a gun, unfortunately hasn't been near that for 4-5 years. Him moving on is great for the club, I believe he is a rubbish captain and has been a big part in the culture issue at the club at the moment.

That said, wish him all the best and hope he finishes strong.

Now he can focus more on becoming a social media sensation.

... and 10 more.
Total: 58 (members: 30, guests: 28)
Robots: 138
Top
AdBlock Message
Please consider adding BHQ to your Adblock Whitelist. We do our best to make sure it doesn't affect your experience on the website, and the funds help us pay server and software costs.