QUEENSLAND’s greatest halfback Allan Langer has called for Ben Hunt to be handed his maiden Maroons jumper for the Origin decider — just a fortnight after being axed from the Broncos.

Hunt’s final season at the Broncos appeared in tatters just two weeks ago when the halfback, who will join the Dragons next year on a $6 million deal, was dropped to Intrust Super Cup side Ipswich.

But Anthony Milford’s shoulder injury opened the door for Hunt, who made a triumphant return to the Broncos on Saturday night, spearheading Brisbane’s 30-20 defeat of the Raiders.

Playing off the bench, Hunt was magnificent, kicking judiciously and compiling two try assists, two line-break assists and one tackle bust in his most complete display of the season.

The pint-sized Langer famously emerged from Ipswich to star in his Origin debut in 1987. Thirty years later, he urged Walters, his former Broncos halves partner, to blood Hunt in the Origin decider at Suncorp Stadium on July 12.

“Like me, Ben could go from Ipswich to the Maroons and I certainly hope he does,” said Langer, who played 34 Origin matches for the Maroons.

“Personally, I think Queensland should pick Ben on the bench (for Origin III).

“I have no doubt he could handle State of Origin despite him being dropped to reserve grade.

“I like ‘Hunty’ as a utility option. If the Maroons are going to go with guys like (Cameron) Munster and (Michael) Morgan in the starting side, they should look at Ben for the bench.

“Ben has played plenty of hooker at the Broncos so he has that versatility — he would be the perfect utility for Queensland.”

Walters stunned many last week when he called Hunt into Camp Maroon as a development player for Origin II, just days after he made his reserve-grade debut for the Jets.

Broncos coach Wayne Bennett said he had no issue with Walters’ stance and insists Hunt has the ability to handle an Origin baptism.

“I wasn’t surprised Ben was called into camp,” he said. “It’s what they do these days. Kevin rang me and asked if it was OK and I said go for your life, I’ve got no problems.”

Hunt forged a slick alliance against the Raiders with rejuvenated playmaker Benji Marshall, who says the Maroons hopeful’s axing was the wake-up call he needed.

“It teaches you hunger,” Marshall said.

“I know what it’s like to get dropped back to reserve grade — I’ve played for Redcliffe this year.

“It showed Ben where he wants to be and it gives you perspective.

“To see the way he handled it, that’s what makes a professional.”

I'm sure alf was trying to pump up Ben hoping he'd have a blinder and break that hoodoo against the storm. But Ben had other ideas
N

broncos4life said:
Is this an attempt at sarcasm?
Click to expand...

What you mean Oates didn't play? because it looked like no one else was outside of Moga for most of the game....

Need a snappy # for Oates for game 3. No way Holmes should be picked over a proven performer after he took over Myles job of sh*tting in the hall. His ANZAC test was disappointing as well.
Last edited: Jul 1, 2017

Number6 said:
What you mean Oates didn't play? because it looked like no one else was outside of Moga for most of the game....

Need a snappy # for Oates for game 3. No way Holmes should be picked over a proven performer after he took over Myles job of sh*tting in the hall. His ANZAC test was disappointing as well.
Click to expand...

You on Chems?
N

Maybe or maybe my sarcasm about how useless Mead was and how much missed Oates didn't translate as hoped sorry.

Was drinking a little though.
I

Corey Norman at 6 and Munster in the centres

winslow_wong said:
Would nsw beat the Melbourne storm? Probably not from last nights performance. So pick as many storm players as possible I say
Click to expand...

BroncsFan said:
There's another team that tried to play the storm way in origin and just so happened to have the storm's coach and chief architect
Click to expand...

They didn't have the foot soldiers though.

winslow_wong said:
They didn't have the foot soldiers though.
Click to expand...

I assume we're switching Chambers back to the left if that's the case, because Morgan is really only dangerous on the right side of the field from what I've seen.

I'd be worried about Munster making his debut in such a big game. Especially since he hasn't even played a huge amount of footy in the halves at FG level.

Foordy said:
The courier mail is saying that Munster will be selected at 6 and Morgan at left center
Click to expand...

I'm happy with that but who is on the bench? And surely Glasby can't get another go, surely?

Alec said:
I'd be worried about Munster making his debut in such a big game. Especially since he hasn't even played a huge amount of footy in the halves at FG level.
Click to expand...

He is a must in the side, he'll be fine but I do wonder if DCE will be insurance off the bench.

Sproj said:
I'm happy with that but who is on the bench? And surely Glasby can't get another go, surely?
Click to expand...

Still talk about Hunt but...Yeh..Nah not happening
As they said on Qld'ers only they should bring back Sam Thaiday just because of his experience with JT and Boyd out

Thaiday is lucky to still be in first grade.

Sproj said:
He is a must in the side, he'll be fine but I do wonder if DCE will be insurance off the bench.
Click to expand...

I meant in the halves. I agree that he needs to be there, but I would have thought centre would have been better.

Ben Hunt will be making his Origin debut off the bench.

Hunt to come on for who? If you are going to go that path, at least pick DCE as he is better overall, more consistent and been there before. 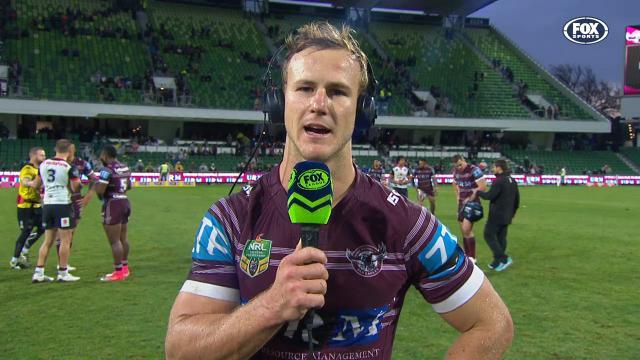 BRONCOS halfback Ben Hunt will make a shock Origin debut as Maroons selectors sensationally snubbed in-form Manly playmaker Daly Cherry-Evans for the Suncorp decider.
The Courier-Mail can reveal Queensland coach Kevin Walters will today name two debutants in Hunt and Storm ace Cameron Munster for Origin III, meaning the Maroons have blooded eight rookies this year.
Cherry-Evans was considered a virtual certainty for the decider after his outstanding club form, but once again he has been overlooked _ ringing alarm bells for his Queensland career.
Just a month ago, Hunt suffered the biggest setback of his career after being dumped as Brisbane’s starting halfback and relegated to feeder-club Ipswich in the Intrust Super Cup.
ORIGIN III: Storm ‘spine’ to take charge
LEADERSHIP: How Morgan became a boss
But Hunt has produced a stunning comeback by emulating Queensland’s greatest halfback Allan Langer, who exactly 30 years ago was plucked from the Ipswich Jets to make his Maroons debut. 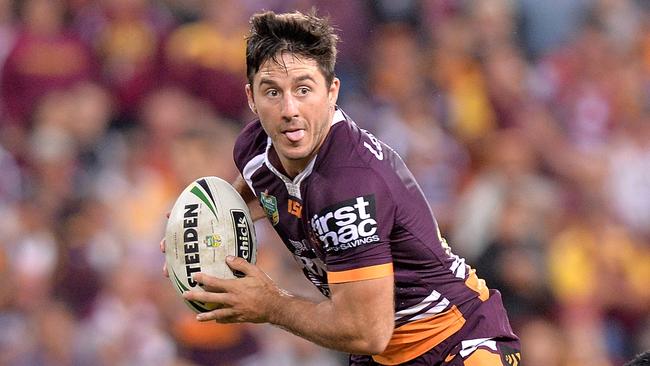 Queensland have called up Broncos halfback Ben Hunt for the State of Origin decider.
Maroons hierarchy will today read out the 17-man squad in alphabetical order, but Hunt will be the No.14 utility, with Munster and Michael Morgan pitchforked into the starting side for Origin III.
It is understood Walters has yet to decide on Johnathan Thurston’s replacement at five-eighth, but he is leaning towards Munster in the No.6 jumper, with Morgan likely to start at left centre.
The omission of Cherry-Evans will fuel incessant speculation he is on the nose with Queensland hierarchy, but Maroons selectors no longer regard him as a utility player.
Hunt played a utility role for Australia during the 2014 Four Nations tournament and Maroons powerbrokers believes he is more versatile than Cherry-Evans, whom they view as a specialist playmaker.
Maroons selectors Walters, Gene Miles and Darren Lockyer discussed Cherry-Evans, but believe Munster is a better fit given his club combination with Maroons trio Cameron Smith, Billy Slater and Cooper Cronk. 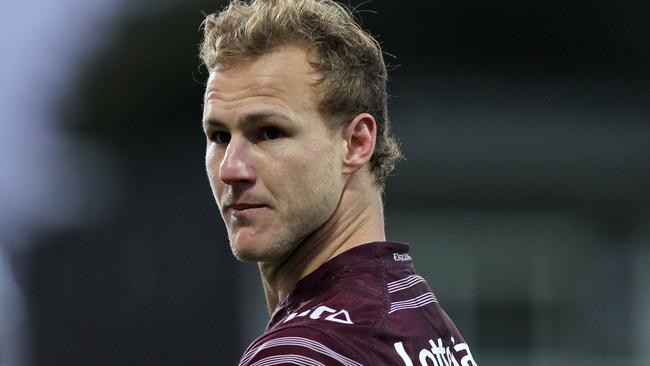 Daly Cherry-Evans has been snubbed by Queensland despite being in strong form for Manly.
In the wake of Brisbane’s 42-12 loss to the Storm on Friday night, Hunt declared he would not let Queensland down if called-up for the Origin decider on Wednesday week.
“I definitely think I am ready,” said Hunt, who was called into Camp Maroon as a development player for Origin II.
“I played a lot of that utility role in the past (for Brisbane). It’s something that I feel I’d adapt a lot better to now that I’ve played a lot more football. I’ve played in bigger games.
“If I get an opportunity, I’ll do my best and I’ll be ready.”
Click to expand...